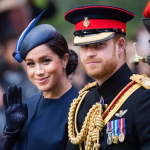 Written by Maria Noyen  INSIDER Prince Harry and Meghan Markle are receiving a Robert F. Kennedy Human Rights award because of their "courage" to stand up to racism within the royal institution, according to Kerry Kennedy.Kennedy, one of the former US Attorney-General's surviving children, is the president of Robert F. Kennedy Human Rights, a nonprofit that gives out an … END_OF_DOCUMENT_TOKEN_TO_BE_REPLACED 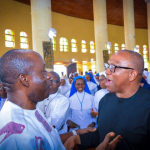 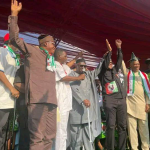 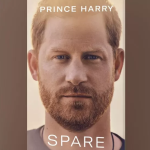 Prince Harry’s long awaited memoir entitled “Spare” will be release by January 10, 2023 according to the publisher. “The 416-page book will include Harry’s recollection of Princess Diana’s funeral in 1997, when the 12-year-old prince walked behind his mother’s coffin, Penguin Random House said in a press release. Its title appears to nod towards Harry’s perceived role … END_OF_DOCUMENT_TOKEN_TO_BE_REPLACED 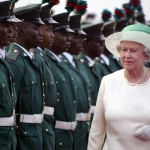 Sorting out my own grief over the death of Queen Elizabeth II, I feel some of what I imagine Frederick Douglass felt when he wrote his historic speech titled “What to the Slave is the Fourth of July.” Douglass had escaped slavery to become a journalist, orator, statesman and friend of a president, Abraham Lincoln. “This Fourth of July is yours, not mine,” Douglass told an … END_OF_DOCUMENT_TOKEN_TO_BE_REPLACED