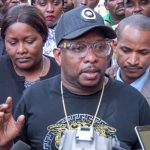 Nairobi — Former Nairobi governor Mike Sonko, his wife and three children have been banned from the United States after being found to have been involved in corruption. A statement from the US Department of State indicated that Sonko solicited bribes and kickbacks in exchange for awarding government contracts to his associates. It pointed out that "his actions undermined … END_OF_DOCUMENT_TOKEN_TO_BE_REPLACED 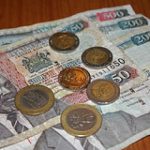 Kenyan shilling may not survive currency war The Central Bank of Kenya has been levied the accusation of deliberately weakening the value of her national currency shilling in order to make Kenyan agricultural products and tourism more attractive to foreign marketers. The Governor of Central Bank of Kenya (CBK) Njuguna Ndung’u said that the accusation has no basis and no legs … END_OF_DOCUMENT_TOKEN_TO_BE_REPLACED