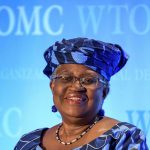 Written by REUTERS Top U.S. trade official to have meeting with WTO chief on Wednesday U.S. Trade Representative Katherine Tai will have an online meeting on Wednesday with Ngozi Okonjo-Iweala, the director-general of the World Trade Organization, Tai's media office said, weeks before it holds an import ministerial conference. Tai spoke by telephone earlier this … END_OF_DOCUMENT_TOKEN_TO_BE_REPLACED 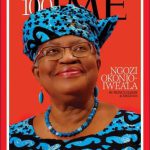 Ngozi Okonjo-Iweala Makes TIME Magazine's Photo Cover, Listed Among 100 Most Influential People Globally World-Economist, Ngozi Okonjo-Iweala is a former Nigerian federal minister who hails from the Eastern region of the country. She has to her name, several global recognitions, and presently heads the World Trade Organisation, WTO. Ngozi has just been listed among 100 most … END_OF_DOCUMENT_TOKEN_TO_BE_REPLACED 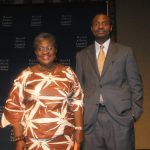 Written by AFRIPOL Emeka Chiakwelu, the Principal policy strategist at AFRIPOL (Africa Political & Economic Strategic Center) has congratulated the Honorable Dr. Ngozi Okonjo-Iweala on her appointment to the Presidential Economic Advisory Council (PEAC) by the South African President Cyril Ramaphosa . Reacting to this great choice made by His Excellency, President … END_OF_DOCUMENT_TOKEN_TO_BE_REPLACED 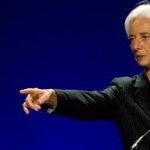 IMF role in the recent fuel subsidy removal in Nigeria No matter how the Nigerian present economic team chooses to shade, equivocate or obfuscate it, International Monetary Fund (IMF) played a significant role, if not an upper hand in the removal of fuel subsidy in the poverty stricken Nigeria. It is no longer news neither is it a surprise that IMF has been interested in the … END_OF_DOCUMENT_TOKEN_TO_BE_REPLACED 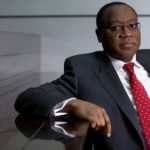 Written by AZAM AHMED Wanted: A reliable overseas business partner to invest more than $1 billion trapped in Nigeria. This is not a scam. Nigeria, the West African nation that has gained notoriety for the illicit e-mail spammers aiming for Western bank accounts, is attracting attention for legitimate financial opportunities — investing its own savings. In an … END_OF_DOCUMENT_TOKEN_TO_BE_REPLACED