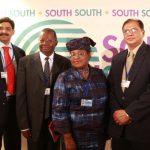 Written by Bisi Olawunmi OPINION Dr. Ngozi Okonjo-Iweala, a former World Bank Managing Director and Nigeria's current finance minister has been generating controversy mainly on whether or not the debt relief she worked to effect during her first coming as finance minister under the Obasanjo presidency could be regarded as an achievement. Some also question the … END_OF_DOCUMENT_TOKEN_TO_BE_REPLACED 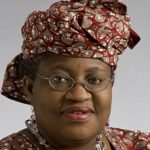 Written by •Dr.Ola Balogun CONTROVERSY The myth of IMF competence rating Ministers in their native countries, based on the premise of the supposed competence that the western-anointed 'experts' are deemed to have manifested in the various World Bank and IMF positions to which they are regularly appointed by the powers that be in the western world. However, it is … END_OF_DOCUMENT_TOKEN_TO_BE_REPLACED