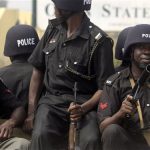 Nigeria Beyond Boko Haram The current violence being perpetrated by the group “Boko Haram” is testing the strength and resolve of the union of Nigeria. Some international experts are predicting that Nigeria will not remain as one entity beyond 2015, and within the country those calling for a Sovereign National Conference are simply looking for a diplomatic way of dissolving … END_OF_DOCUMENT_TOKEN_TO_BE_REPLACED 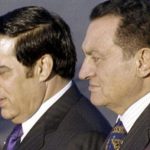 A new day in the global village If there was any lesson to be learnt from the recent crisis that ousted the former both Presidents Ben Ali of Tunisia and Hosni Mubarak of Egypt was that the long standing policy of supporting dictators for sake of stability and continuity are no longer necessary, viable and sustainable. The need to continue to be backing vision less leaders … END_OF_DOCUMENT_TOKEN_TO_BE_REPLACED 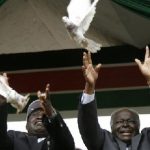 Beyond the Constitutional Referendum From Mombasa to Nairobi, Kenyans came out in droves to pass and celebrate the new constitutional referendum, the most significant since the country attained her independence from Britain in 1963. The catalyst for the reform was the 2007–2008 Kenyan (political, economic, and humanitarian) crisis that erupted after incumbent PresidentMwai … END_OF_DOCUMENT_TOKEN_TO_BE_REPLACED 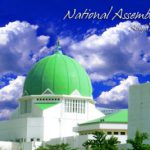 Answer to the Institutional Inefficiency? The critical factors in the failure of the modern African countries have been the inability of these nations to analyze institutional ills which maybe cultural, political, and economic. By locating contradictions in the solutions these problems have not been properly resolved because of the inefficiency of the ruling class. Most of … END_OF_DOCUMENT_TOKEN_TO_BE_REPLACED

From the fifteenth century to the present day, there have been ideological debates about Africa and her relationship with the rest of the world. Western pseudo- geneticist and evolutionist questioned the humanity of the African and suggested her existence on earth as just a mere savage. When that theory was disproved, the debate shifted to the inability of the African to govern … END_OF_DOCUMENT_TOKEN_TO_BE_REPLACED