The recovery of the global economy remains fragile and uncertain due to the prevalence of significant downside risks and the emergence of new political risks. We are beginning to see: weaker-than-expected growth in advanced economies (except USA) and emerging markets like China and Brazil; excess oil supply due to the rise of new regional producers, increased exploitation of shale oil and gas particularly by the U.S, and weakening oil demand in major economies including in Asia and Europe. These developments, which have partly contributed to the significant decline in oil prices (to around $78 per barrel) in recent weeks, have unfavourable implications for the Nigerian economy.

However, let me clearly state that this event – the recent drop in oil price, did not come to us as a surprise. We had anticipated this (even before the 2008 global financial crisis), and that is why the economic management team has consistently argued for a reasonably lower benchmark oil price to enable us build up our fiscal buffers. You may recall that we had put in place the ECA in 2004, which was very useful during the 2008 financial crisis when oil price fell as low as $38 per barrel from $147 per barrel. We didn’t need to run to the IMF or the World Bank as some other countries did because the ECA had savings of up to $22 billion! By August 2011, this amount has been depleted to about $4 billion.

We built it up to $9 billion by December 2012. Some of it was then legitimately used to offset revenue shortfalls arising from quantity shocks and to narrow the fiscal deficit, but against our advice, significant portions were also used to augment monthly allocations as states argued that rainy days were already at hand (and in fact was already pouring). So the money needed to be used right away.  I think most Nigerians were also witnesses to the annual budget struggle with the Legislature to keep the benchmark price for the budget lower and more realistic.

Let me point out that contrary to some analysts’ insinuations, we in the Finance team have been very clear to the country on the implications of falling oil prices, and quantity shocks resulting from oil theft and pipeline vandalism. We were very quick in 2012 to point out the possibility of falling oil prices and quantities as well as quantifying the magnitude of the losses at around $12 billion annually.

In addition, we have a short to medium term strategy typically used to deal with this kind of situation. We have extensive consultations with global analysts including the IMF, Citi Group and Goldman Sachs, and done our research and I strongly believe that we have enough in our arsenal to weather these storms.

On the revenue side, a lot of work was already underway prior to the fall in price to improve non-oil revenue generation. This was sequel to our rebasing exercise which demonstrated a large $510 billion GDP with a diverse non-oil base.  The efforts of the FIRS supported by McKinsey & Co. focus on strengthening tax administration and thereby plugging leakages and loopholes. For example, only 25% of our SMEs are registered taxpayers. Remedying that will broaden the tax base. Our auditors complete 3-5 audits a year compared to 50 a year in Angola. Speeding up audits will help improve tax collections and anomalies.

We are introducing surcharges on certain luxury goods in the country, not only to raise additional revenue but also to ensure that the better-off in our society contribute a little bit more to easing the pain resulting from the current economic headwinds. In summary, our aim on the revenue side is to raise an additional N480 billion ($3 billion) over the 2014 base in the next three years.

Let me now turn to the expenditure side. For the immediate 2015 budget, we shall cut certain recurrent spending such as purchase of administrative equipment, overseas travels and trainings, etc. This is the low hanging fruit.  We shall also complete the work on IPPIS which has already covered half the agencies and weeded out 60,000 ghost workers saving N160 billion. Completing this work could save another N160 billion. In the medium term, the current pressures provide a unique opportunity for the country to reduce duplication of agencies, commissions and committees within the administration and to restructure and reduce recurrent expenditure, reform public administration and make serious efficiency gains.

Inevitably, there will also be some cuts in capital expenditure in the 2015 Budget, but this is being done in a way that is pro-poor and pro-average Nigerian. Focus will be on priority sectors of infrastructure, Health, Education and Security, as well as growth stimulating and job creating sectors like Agriculture, Housing and Creative industries. Even in infrastructure, there will be focus on certain priority national projects such as Lagos-Ibadan expressway and the second Niger Bridge, Oweto Bridge, Abuja-Kaduna Rail, Maiduguri-Enugu Rail, Zungeru, Kashimbila and Mambila Hydro etc.

Expenditures related to the average Nigerian will be the focus. In fact, let me say here that we are building a social safety net for the poor and vulnerable in our society with support from the World Bank and DFID. This is a direct outcome of Mr. President’s social policy drive. For example, using NIMC as a base, a Conditional Cash Transfer system will be developed and targeted at women and their households of up to five children. This will encourage them to send children to school especially girls and get themselves maternal and infant health care.  This approach would complement what we have been doing with the SURE-P and MDGs.

Our fiscal measures will also now be accompanied by appropriate monetary policy measures as we have always stressed.  As announced yesterday by the monetary policy authorities, the MPR and CRR on private sector deposits have been hiked to 13% and 20% from 12% and 15% respectively, while the RDAS mid-rate has moved to N168/$ from N155/$, and the band around it widened to +/-5%.

With these moves, the CBN has shown commitment to complementing the measures outlined by the fiscal authorities to deal with the current challenges and uncertainties facing the country, so the economy can be stabilised.  The official devaluation of the naira and greater flexibility in its management also supports and provides some measure of flexibility to the fiscal authorities and the macro fiscal measures to stabilise the economy.

Macroeconomic stability is a crucial element of the performance of our capital market. It provides the bedrock that allows markets to operate. So let me now spend a little bit of time to talk about how our capital markets have fared with the current price shocks, and what the government is doing to restore market confidence. First, we have seen declines in a number of indicators within the capital market including the NSE All Share Index (ASI), Equity Market Capitalisation and Foreign Portfolio Investments (FPIs). This is really not unusual as there is some sort of close correlation between oil prices and capital markets. The NSE All Share Index slid by about 18%, from 41,135.75 points at the beginning of October to 33,875 points as at November 24. This is similar to the 18% decline in the NSE equity market capitalisation from N13.6 trillion as at the start of October to N11.2 trillion as at November 24, during which period oil prices fell by about 19%.

Foreign Portfolio Investment has also seen a reversal as it decreased by 32% in a month, September 2014 to October 2014! Of the N153 billion decrease, over 65% was attributed to FPI outflows. But as you have seen, we have now taken strong measures to stabilise the economy and the market has responded positively, finishing up in positive territory yesterday. Also, looking at our bond yields, the yields for our international and domestic bonds have also gone up by a few hundred basis points.  Our five-year 2018 eurobond is up by 233 basis points in November, reflecting that investors still have confidence in our management of the economy.

Let me at this point re-emphasise government’s commitment to supporting the capital markets given the prominent role the market plays as the bedrock of investment in the country. Thus, in addition to the fiscal and monetary measures, which I have already discussed, government gazetted and implemented the VAT exemptions for stock market transactions and we are working on the stamp duty waiver. We are also working on deepening our stock market through strong encouragement of listing our big companies like those in the telecommunications, oil and gas sectors, and consumer goods sector.

Now, all these macroeconomic and capital market measures will need to be complemented by continued structural reforms for the economy to grow and move away from overdependence on oil, focusing more on the non-oil sector. We must render our economy more competitive.

For this to happen, we will need to continue the adjustments and reforms we have started in power, ports, rail, oil and gas sectors, and in our regulatory regimes. We must build the right institutions to galvanise the reforms in these areas. In particular, we must also strengthen our regulation and our competition laws in order to keep the country competitive. We now have some very reputable regulatory bodies like NERC but we need more in other sectors, such as Ports and Harbours bill, Road bill, etc. We also want to create a more conducive environment for business as a way of improving business opportunities and creating more jobs for our people.

In this regard, we must also look at the cost of doing business ranking and improve. Interestingly, Nigeria has gone up 5 ranks from 2014(175/187) to 2015 (170/189). Of course, in no way is 170 something to celebrate but it demonstrates that we can improve. A lot of the new gains have come from increasing access to credit where we are have gone up 30 percentage points in the past year. The MITI and the EMT are working hard on improving the entire Doing Business indicators. There is now a Competitiveness Council chaired by Mr. Vice-President and a 100-day work programme to further move us up the rankings. I know we can and will do better. We have really no choice in the present adverse global environment. 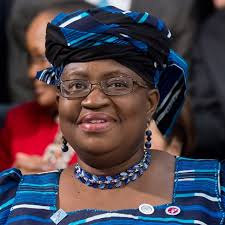 • Dr. Okonjo-Iweala, Nigeria’s  Coordinating Minister for the Economy and Minister of Finance