Globalization and modern technology are changing the world. Air waves are now open globally, there is no national boundary and the whole world can now watch a television program simultaneously. You can say that Africa has finally arrived and has joined the global village.  But what does that really means and implies? It means that it is possible for the youths around the world to participate and engage in twitting, Face book and many other methods of communication. This is where MTV and Miley Cyrus come in.

There was once upon a time that MTV can only be seen in United States but now due to effectiveness of modern satellites and internet, televised shows are now available to everybody in all the nooks and corners of our world.

With rising income and wealth, many African families are now joining the ranks and files of middle class. This means that they can subscribe to cable television and able to buy lap tops for their young sons and daughters. But do these parents ever care to know what their children are watching and what websites they are visiting? If not, it will be beneficial for them to know, because they may be losing their kids to alien and detrimental lifestyle. Many of the youths and young people were able to the watch the controversial MTV Music Award that featured the American pop star and actress by the name Miley Cyrus.

The young lady, Miley Cyrus ,  Hollywood music and movie star performed a song at the MTV Music Award last week.  Her dancing performance was down rotten and obscene. She was doing the so-called enhanced type of twerking dance that was so embarrassing to look at.   It was so raunchy, so filthy that even the liberal American parents were raising their voices of protest and dismayed. But the rich and wealthy African parents who were busy paying and providing these entertainment shenanigans were clueless on what foreign programs were doing on the minds of their children.

MTV‘s cultural and sociological impact on African youths does not cease on the paroxysmal musicality, but also on the language and the code of dressing. The idea is not to convey to the world that African youths should be excluded from global pop culture, but rascality and illogicality cannot be dignified as an acceptable art. When youths used denigrating and dehumanizing words and dress unkemptly as in the fashion trends. There should be a strong voice of respectability and decency that must be highlighted. 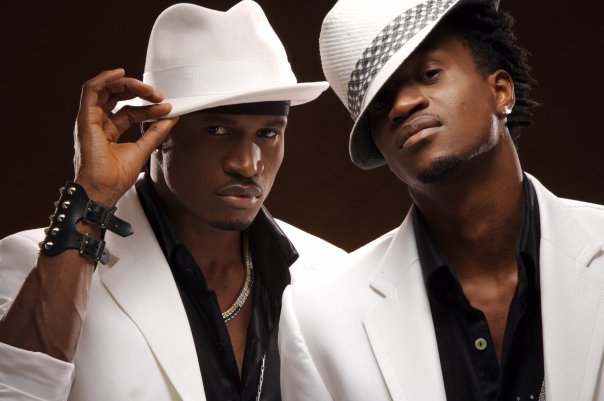 MTV has adapted a more clever business dealings, It has established separate MTV stations for different sections and regions of the world.  As of now there are  MTV Africa, MTV Russia, MTV Latin and many others. I think you are beginning to get the picture. MTV is also clever with its regional programming; it caters and feed each region with their local music stars and music.

Only major difference is that the parent MTV in Hollywood can  beam its music show  to all other regions but the regional MTV cannot be seen beyond its region..  The implication is that African youths and young people watching MTV Africa will see and know about American musicians but American youths will not have the opportunity to see and have a taste of African musicians especially the African brand of hip-pop music pioneered by the likes of P square.

Nigerian musicians like P Square and D’Banj can be seen only on the African MTV, but they can never be invited to perform at Hollywood MTV music award which is seen around the world.

When parent MTV has its annual Music Award, it hardly invites African musicians to participate in the ceremony but yet the music award show will be televised all over the world including on its Africa’s MTV.

Since their own local stars are not good enough to be featured on the Hollywood MTV music award, a sense of inferiority will set in and the look down on anything Africana deepens. The minds of African youths while being polluted with filthy lyrics that are unbecoming of African culture are also compelled to use their money to purchase and download the music. This particular methodology of business dealings is anti-free trade. For it localized African pop scene and showbiz without access to foreign market and audience, thereby devaluing African intellectual property.

The  corporate MTV must go beyond one way of cultural exposure, they must  try to showcase great African musicians like P Square and D’ Banjo on the international scene just like the way they project Justin Timberlake and kanye West. There must be a cross cultural exchange where African music and movies are also introduced to the global village on equal footing.